The physical micropleat generated with the 172 nm Excimer lamp (Excirad 172) is possible without the addition of matting agents in UV and EB (Electron Beam) coatings. Gloss levels from 1 to 20 are easy to reach. Absorption of the energy-rich short wave 172 nm radiation leads to additional surface polymerization and crosslinking of the UV curable coating resulting in surface shrinking. The surface becomes micro-structured and appears matt. This effect is called “physical matting”. After through-curing with UV or electrons a micro-structured (matt) surface with increased hardness is obtained. 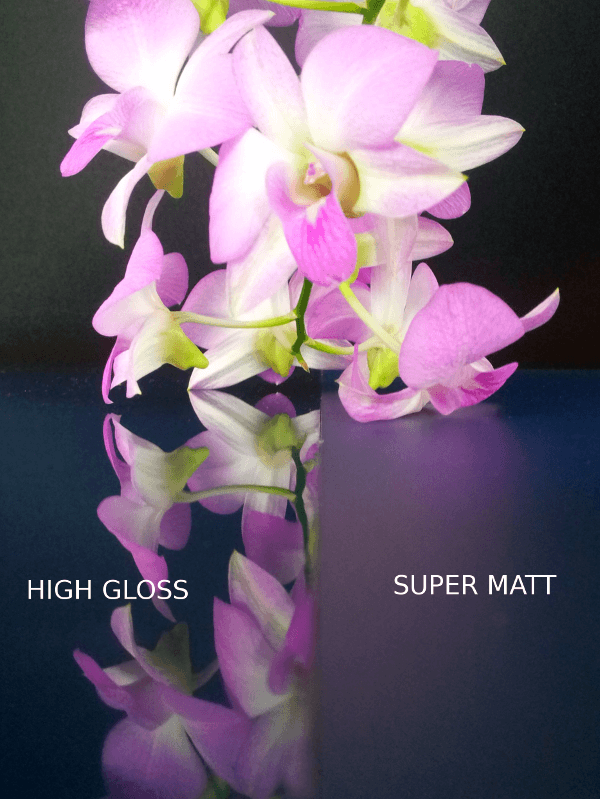 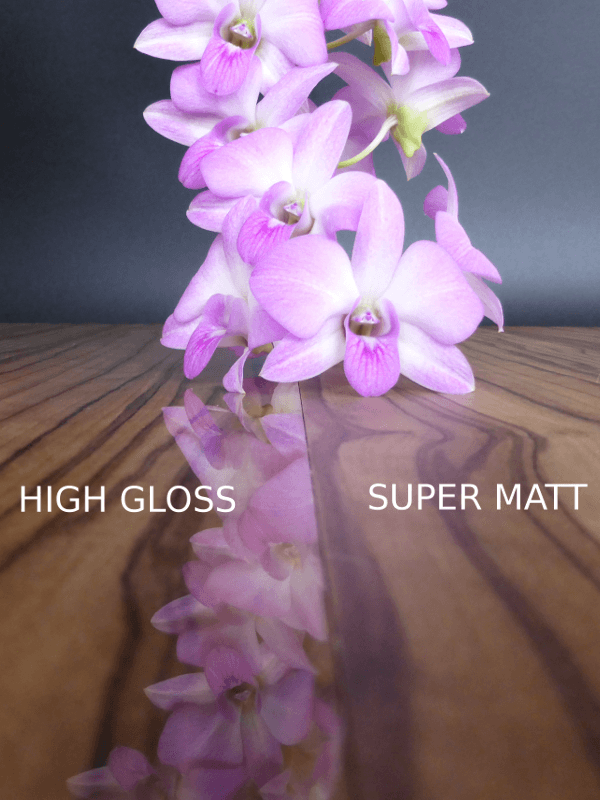 Absorption of 172 nm photons in acrylates directly generates radicals which are able to initiate polymerization and crosslinking. Because the penetration depth of 172 nm photons in acrylates is only between 100 and 500 nm, a very thin surface layer is cured. Polymerization and crosslinking always generates a shrinking of the polymerized layer. A micro-structured cured surface skin layer is formed which “swims” on the uncured, liquid coating. Through-curing with UV or electrons leads to the final structure of the coating.

To avoid the absorption of 172 nm photons by oxygen and formation of ozone, the whole curing process must take place under nitrogen with a residual oxygen concentration of less than 100 ppm. Diffuse reflection of light from the micro-structured surface leads to a uniform matt appearance of the coating surface. Because the addition of chemical flatting agents is not needed, this process is called “physical matting”. Very low gloss levels of e.g. 2.5 at 65 degree or 1.5 at 85 degree are obtainable with this process. In addition, surface polymerization and crosslinking by 172 nm photons results in an increased surface hardness and density of the coating.